According to CNBC sources, Warner’s parent company AT&T is currently discussing a potential sale that could fetch around $4 billion, if completed.

AT&T acquired Time Warner for $109 billion in 2018, and has around $165 billion in debt. Investors recently called for Warner to sell off many of its non-core assets, it’s claimed.

Take-Two, Electronic Arts and Activision Blizzard have all expressed interest in buying the gaming division, according to CNBC, but no deal is assured or imminent, it’s claimed.

If a sale goes through, many of the Warner Bros. IP tied to in-development games, such as Harry Potter and Batman, would not be part of the deal but could be licensed, the publication’s sources said. 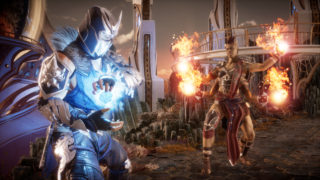 Warner Bros.’ games division reportedly had big announcements scheduled for this month’s E3 2020 prior to the show’s cancellation.

According to Kotaku, Warner had been lining up a trio of high-profile reveals for the event, where it was due to host an E3 press conference for the first time.

These included a new Batman title, an open-world Harry potter game, and the next project from Arkham developer Rocksteady Studios.

The big Xbox, PlayStation, Switch and PC game announcements, even without E3

Call Of Duty: Modern Warfare Has Just Hit Some Xbox One Players With An 84.8GB Update